A Simple and Holy Priest 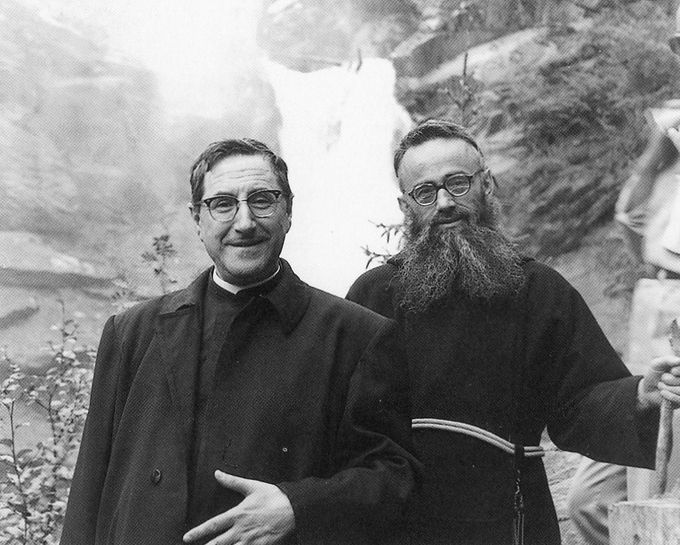 Fr. Damasso, ofm cap, was the Holy Father's loyal friend and confessor even before Siri became pope. It is said that Fr. Damasso treated everyone like his beloved child. The humour in this photo is that Fr. Damasso is up one step higher so that they appear to be of the same height.

Anna Katarina Emmerich, the famous visionary and stigmatist of the late 1700’s spoke of the Holy Father in Hiding, whom she calls the Pope in Red, having a holy confidante with him:

“August 10, 1820:  . . . He [the Holy Father] can now trust but few people.  That is mainly why he is hiding.  But he still has with him an aged priest who has much simplicity and godliness.  He is his friend, and because of his simplicity they did not think that it would be worth removing him.  But this man receives many graces from God.  He sees and notices a great many things which he faithfully reports to the Holy Father.  It was required of me to inform him, while he was praying, of the traitors, and evil-doers who were to be found among the high-ranking servants living close to him, so that he might be made aware of it.” (Catholic Prophecy:  The Coming Chastisement by Yves Dupont, TAN Publishers, 1970, pp. 63-64.) 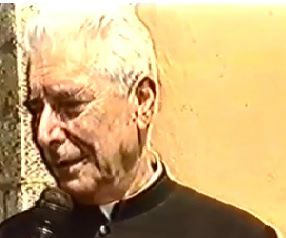 The reverence, the long-standing friendship, the loyalty to the Holy Father are easily seen in the video link provided.

Fr. G. Noziglia, pictured here speaking to a reporter during a pastoral visit by Pope Gregory XVII.  This pastoral visit (by helicopter due to the lack of a proper road up to the church) is an important visit to focus on, for it takes place just four days after the historic meeting with Fr. Tran.  These are the days of gathering friends, making cardinals, and arranging for his Successor.

To see more of this holy priest interacting with Pope Gregory XVII, watch the video "Joy and Thanksgiving as Pope Plans for His Succession" here.